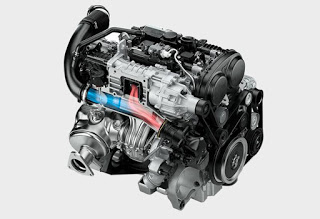 What if you could combine power, efficiency, and a superior experience on the road with sustainable driving?

Our new generation of Drive-E powertrains has done just that, allowing you to enjoy an exhilarating cruise down the road, but with far less fuel and emissions.

And it doesn’t stop there. Drive-E is an all-encompassing commitment to sustainability. Everything from our cars’ materials to our factories are created with an environmentally-friendly approach.

1. Drive E Powertrains are powerful, compact and efficient
Our all-new Drive-E powertrains combine the low-fuel consumption and emissions of a four-cylinder engine with the performance of a six or eight-cylinder. The result is a smooth, powerful ride - with fewer stops at the pump.
Mileage range 22-25 MPG and 29-37 MPG hwy 25-29 MPG Combined 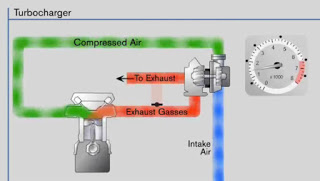 2. Better for you and better for the earth
With our Twin Engine plug-in hybrid (not available in the US), your driving experience is your choice. Easily switch between driving modes to choose the power you need.

3. For power and efficiency
Power mode offers sporty, responsive driving while keeping your car’s fuel consumption and emissions to a minimum. 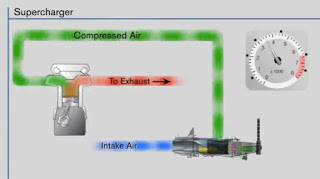 5. T5 and T6 Engines were associated with the 5 and 6 cylinders
Volvo retained these designations for Drive-E powertrains because they produce power levels similar to existing engines but with significantly improved fuel economy and lower emisions

6. What technology did Volvo use to create the power increase found in Drive-E engines?
Volvo's Drive-E engines benefit from several core technologies to provide efficient power and exhilarating performance. Drive-E engines use Turbo charger, Supercharger and Direct Injection. A turbo charger is powered by the engines exhaust gases which it  compresses and forces into the engine. When the compressed air is combined with additional fuel, the engine creates more power. A supercharger is belt-driven by the engine and also compresses air and forces it into the engine. When combined with additional fuel the engine creates more power. Gasoline direct injection sprays fuel directly into the combustion chamber, not the manifold. The engine computer the makes sure the fuel is burned precisely when it is needed. 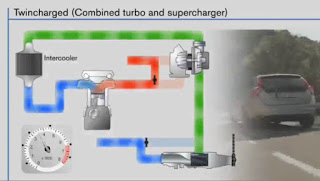 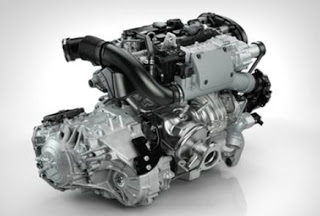 9. What are some things Volvo owners need to know about the Drive-E transmission?
The oil level is checked with an electronic sensor in the engine, which then displays the oil level information in the instrument panel. There is no dipstick. Another item you will need to know is that the vehicle is not stalling at stopsigns. It's the auto start/stop feature in action. The auto start/stop feature automatically shuts down and restarts the engine to reduce the amount of time the engine spends idling, which improves fuel economy and reduces emissions.