We list the top 10 repairs on the Volvo S80 2007-2016 models (mostly six cylinder engines). Don't let this list affect your views on the Volvo S80 as it is actually a very good car. Every car made by every manufacture has common repairs particular to that make and model.
1. Motor Mounts. The 2007-Up Volvo S80 6-cyl has 5 engine mounts that will need to be replaced every 100,000 miles or sooner in some cases. You dont have to replace all mounts at once but motor mounts that are close to each other should be replaced in pairs because one bad mount can lead to premature failure of the other motor mounts. 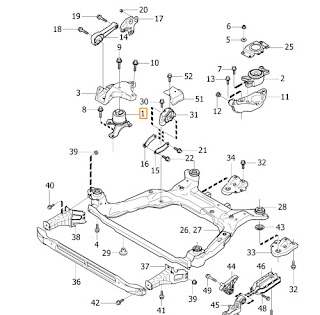 2. Oil Trap or PCV Flame Trap. Instead of the old fashion PCV (Positive Crankcase Valve) Volvo uses an oil trap which is better for emissions but it can get full and start to make a whistle noise. It is crucial you replace the oil trap every 100K miles because this part can cause a lot of major problems that will cost you big money to repair. Common side effects are oil leaks, sluggish power, oil consumption, loss of gas mileage and more and it can get clogged up and not whistle too so you should replace it at 100K. 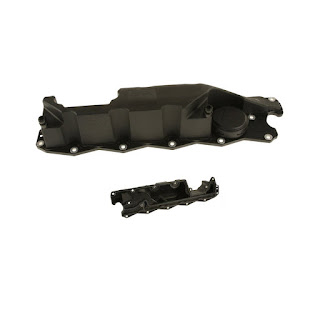 3. Fuel pressure sensor. The fuel pressure sensor is located at the end of the fuel rail (injector rail) and it regulates fuel pressure and sends a message to the ecu telling it to increase or decrease pressure. If this sensor fails your S80 can idle rough, miss, rev up and down (erratic idle) or just stop running completely. 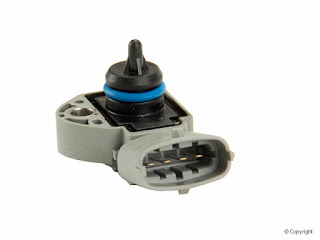 4. Radiator or Coolant Hoses. There are several coolant hoses on the Volvo S80 six cylinder engine and many of them have plastic connections that can break overtime. It's also somewhat common that the lowest hoses are hit by road debris. 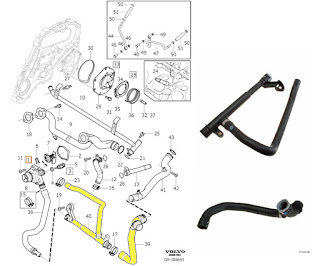 5. Radiator Cooling Fan Electric. Some Volvo S80 2007-2009 six cylinder engines have a recall on the electric cooling fan due to a defective fan module. If that is the case you need to take your Volvo to a local dealership. If your fan module fails and your car is not part of the recall you can order part number  31305106. This module does not fit every S80 version but if your fan looks like the one below it probably will. 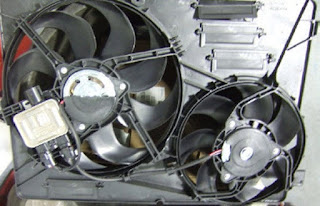 6. Ignition Coil. The ignition coil on Volvo S80 2007-Up six cylinder engines usually last about 100,000 miles but some have been known to fail sooner. The Volvo S80 6-cyl has 6 coils so it is 6 times more likely to fail than older cars with only 1 coil. This repair is pretty easy to do so don't be afraid to do it yourself if needed. 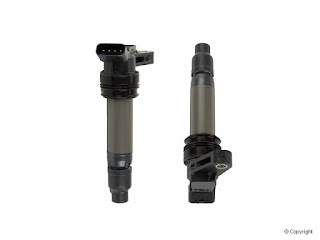 7. Alternator and Pulley. The Volvo S80 2007-2016 six cylinder engine has a unique pulley system for the alternator, timing belt and water pump. The factory alternator does not include the pulley and the pulley system actually has many other mechanical parts. If your alternator or alternator pulley fails you need to check the other parts involved for wear. 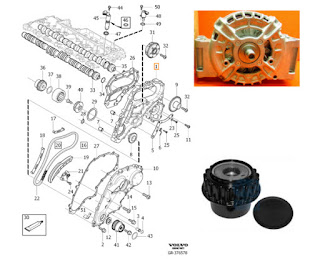 8. Brake Vacuum Pump. The brake vacuum pump can start to leak and loss of vacuum can affect more than just brakes. There is a repair kit available now that will save you a lot of money and the repair is fairly easy. 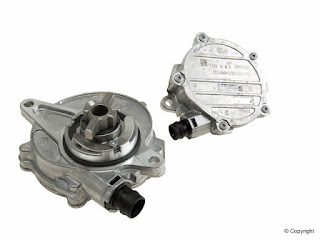 9. Front Wheel bearing. Wheel bearings are usually part of the hob now because it is a sealed unit and actually last longer and require less maintenance. Nevertheless wheel bearing and wheel hubs can fail and it is common for them to only last 100,000 miles. Unfortunately the Volvo S80 takes it a step further and now you have to purchase the entire steering knuckle if the front wheel hub is defective. Hopefully Volvo will offer a better solution in the future but for now you have to purchase the entire knuckle and hub assembly. 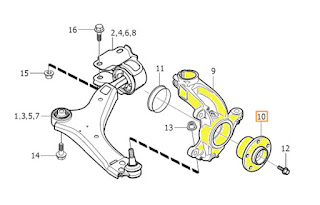 10. Front Bumper headlamp washer cover. Volvo headlamp washers offer a clean headlamp at a touch of the button which is safer and a luxury feature. Unfortunately the cap that covers the headlamp washer nozzle can fall off due to impact or due to defects due to the effect heat has on plastic over time. It's a cheap part and easy repair BUT the cap does not come painted to getting it painted can cost $30 to $85.00. 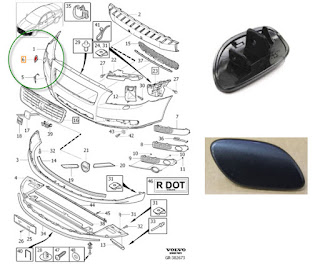